Famous as a master of both vocal and instrumental jazz, Darmon Meader has achieved international recognition as the founder, musical director, chief arranger, composer, producer, saxophonist, and vocalist with The “New York Voices”, the world’s leading vocal jazz group, who will release their 14th album in 2019. With New York Voices, Darmon is a multiple Grammy and Latin Grammy Award winner, and has collaborated with a variety of artists including George Benson, Nancy Wilson, Paquito D’Rivera, and the Count Basie Orchestra.

In 2007, Darmon released his much anticipated debut solo CD, And So Am I, featuring Jeanfrançois Prins on guitar among others. Darmon’s solo project is a collection of jazz standards and original works, which reflects the singer/saxophonist/writer and arranger’s wide variety of styles, orchestration approaches and concepts. He is touring the world over, with the NYV, the “Royal Bopsters”, and his own projects.

Darmon Meader’s Hammond Band was created for an acclaimed tour in Germany and Holland in 2015. Their music is based on groove and melody, whether they interpret jazz standards or original compositions, and the joy of playing together.

Come and hear this master of both jazz singing and saxophone playing, with a solid, groovy European dream team. 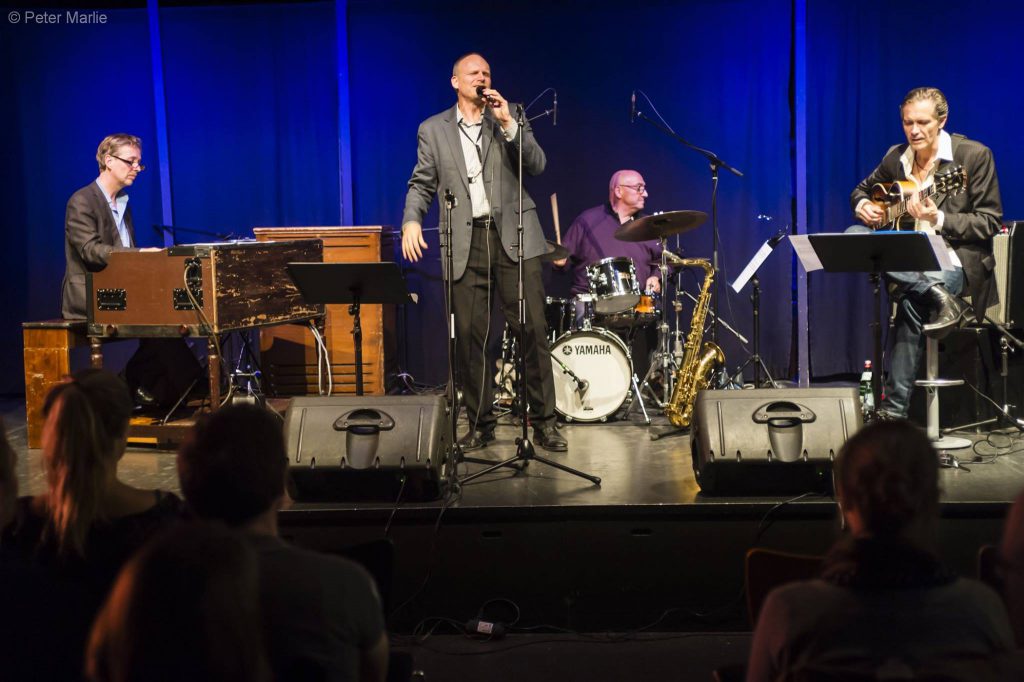