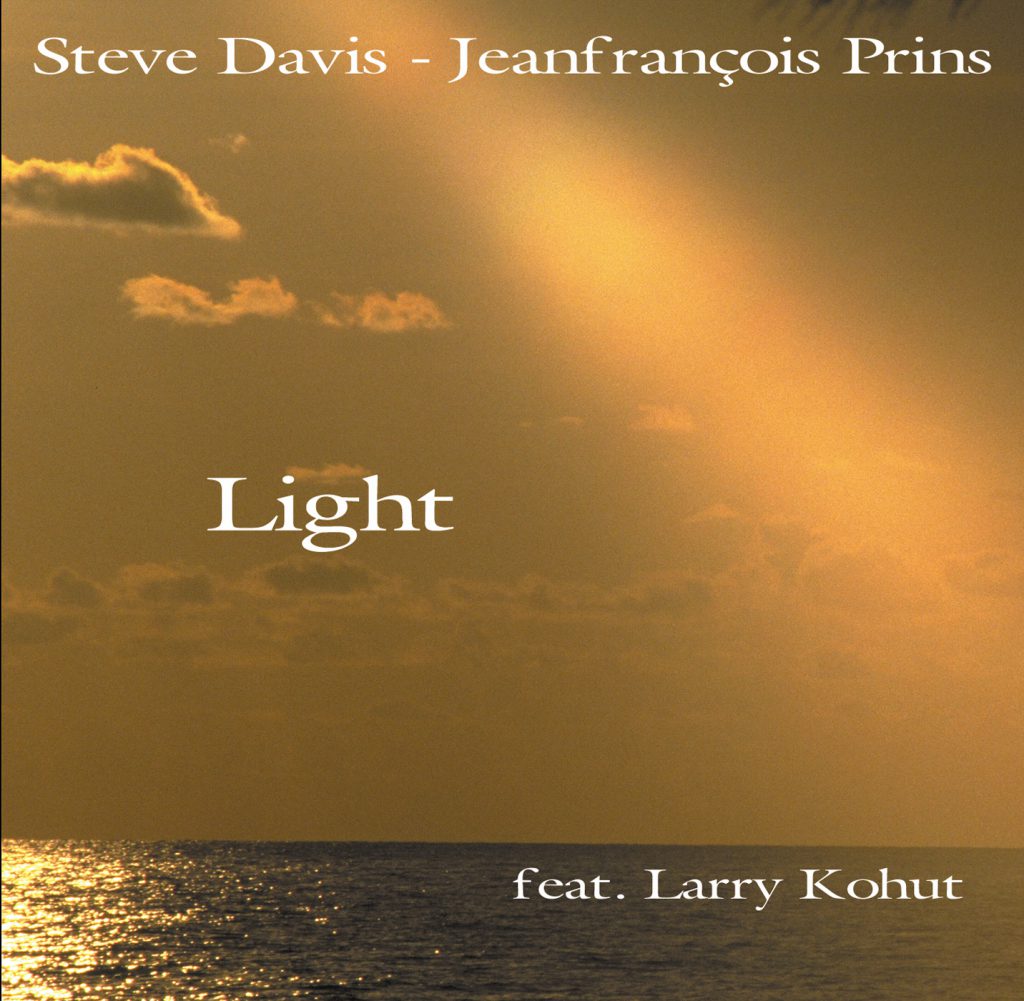 This pure jazz guitar trio album was recorded just a few days after the September 11, 2001 attack on NYC. The trio felt that even though it was hard to think about anything else, it was therefore even more important than usual to focus on sharing music without concessions, artifices and judgments with each other, and ultimately to send all that positive energy out in the world.
“This CD is very much like a set we would play live, as we recorded most of the tunes in one take, and the sequence of the tunes is in the order in which we recorded them. I guess one could say “recorded live in the studio””. – Jeanfrançois Prins
“What Jeanfrançois brings to any environment is a sense of transparency and gentleness, regardless of the underlying intensity. He seems to have that knack of allowing events to take place…
After each tune, we would find ourselves talking about the events of September 11th. It seemed to me that because of our raised consciousness, there was a real sense of abandonment to our playing that resulted in a real looseness in the music. We play because we have a burning and passionate love for music”. – Steve Davis