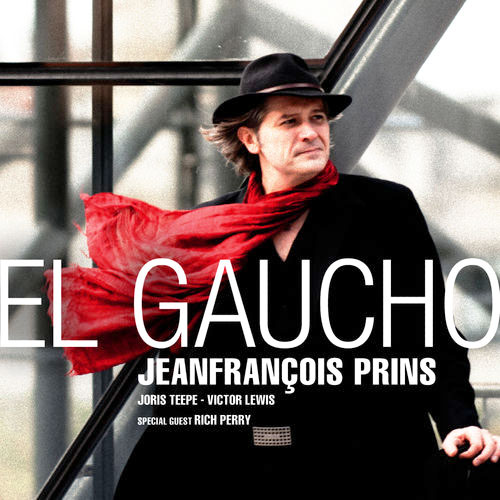 For “El Gaucho”, after several creative endeavors in various styles of music, Jeanfrançois wanted to get back to this most honest constellation, one of his favorite formats: the trio.

About the band
Victor Lewis is a true master of modern music. Jeanfrançois first heard him many years ago with Stan Getz’ 4tet in Belgium. They first worked together a few years ago, when Jeanfrançois produced, arranged and played on Judy Niemack’s “Blue Nights” project. Shortly after, they started performing in trio in major NYC jazz venues. Victor’s sense of space and sound, the way he makes every moment transparent, his deep understanding of harmony (he is a remarkable composer himself), his warmth and mastery of dynamics make him a perfect partner for Jeanfrançois’ multi-faceted music.

Joris Teepe and Jeanfrançois started working together a few years ago in trio and quartet settings, also teaching workshops and performing together in larger ensembles featuring such diverse soloists as e.g. Andy Middleton, Randy Brecker, and Bill Evans. Joris’ solid time, tone and openness to diverse styles, and their musical affinity convinced Jeanfrançois that he would be a strong asset for this project and would complete a sound rhythmic bound with Victor Lewis.
Rich Perry is the trio’s guest on a few pieces. His depth of emotion, gorgeous tone and subtle mix of poetic abandonment and mean swing made him an obvious choice for Jeanfrançois with whom he had performed in the past.

Why El Gaucho?
Because of his demeanor and looks, Jeanfrançois has often been nicknamed cowboy, gaucho, Indiana Jones, Zorro, … He always loved Wayne Shorter’s composition and when he learned that it was momentous in Victor Lewis’ development as a player and composer, he decided that that was going to be the title of the project. When he discovered that Zorro was also one of Victor’s favorite characters, writing a piece dedicated to him made total sense.

A word about Prins’ originals: Zorro is an epic latin melody, inspired by years of playing boleros and tango music, and by the image of this mythic hero, a mysterious masked nobleman galloping on his faithful horse to fight injustice, stealing from the rich to give to the poor. Fifth Ave. was originally written for (and recorded by) Lee Konitz. It is a classic jazz waltz, which displays a rich harmonic progression and gives way to dynamic explorations. Noche en las Pampas is a bolero-like melody with a nostalgic tinge, which describes the campfire night of a solitary gaucho. What? is a line written on the re-harmonized chord progression of “I Hear a Rhapsody”. Wet is a new line, inspired by the changes of “What is this Thing Called Love?”. The unison phrasing guitar-tenor sax of its angular melody participate in the mysterious mood of the piece, which in time explodes into hard swinging solos. Futebol is a fast samba inspired by the great Brazilian soccer players. Their deceiving moves are underlined by the meter changes.