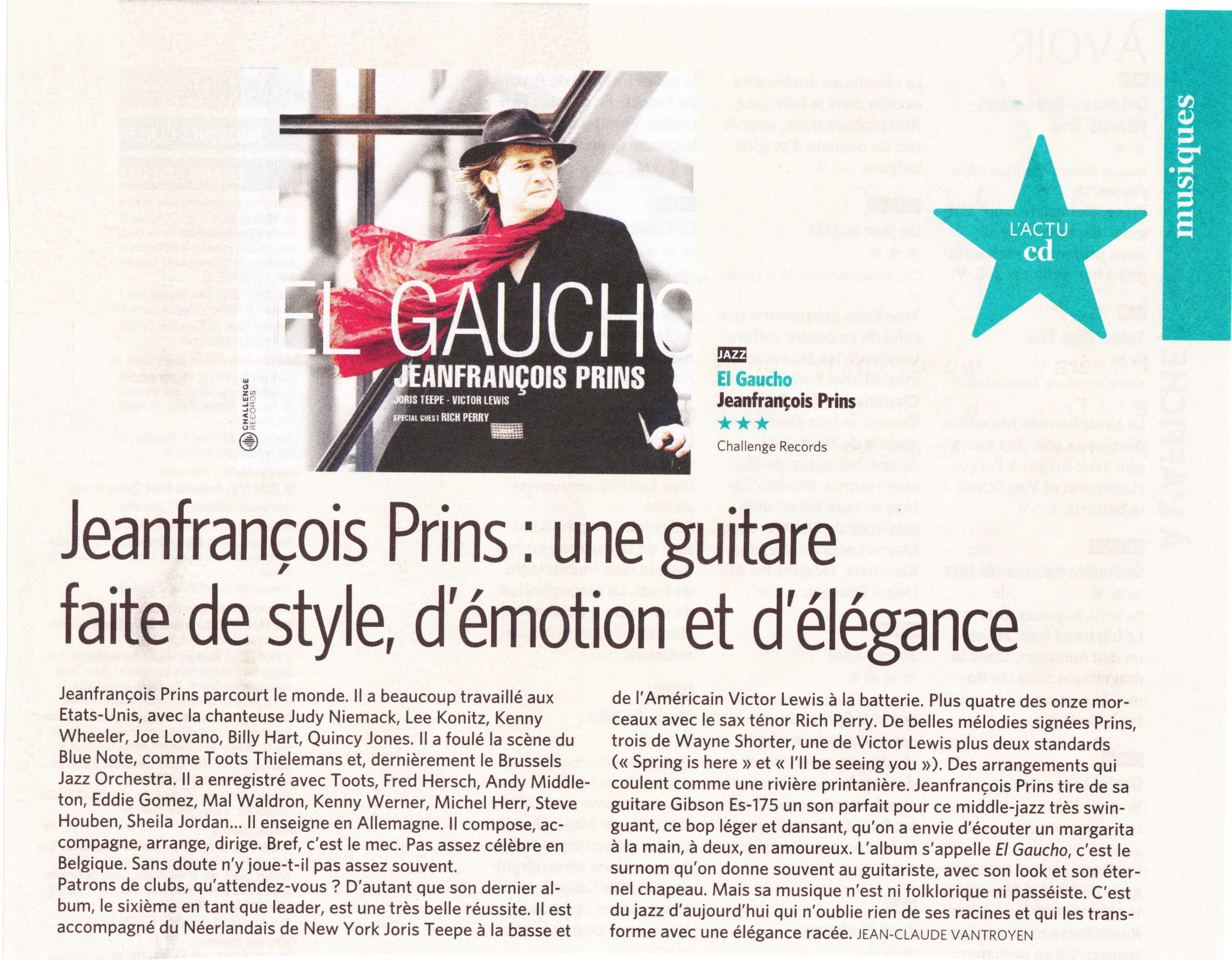 Jeanfrançois Prins: a guitar made of style, emotion and elegance.
Jeanfrançois Prins travels the world. He has worked extensively in the U.S., with singer Judy Niemack, Lee Konitz, Kenny Wheeler, Joe Lovano, Billy Hart, Quincy Jones. He has performed at the Blue Note, as did Toots Thielemans, and recently the Brussels Jazz Orchestra. He has recorded with Toots, Fred Hersch, Andy Middleton, Eddie Gomez, Mal Waldron, Kenny Werner, Michel Herr, Steve Houben, Sheila Jordan … He teaches in Germany. He composes, accompanies, arranges, conducts. In short, he’s the man. Not famous enough in Belgium. Perhaps is he not performing there often enough.
Patrons of clubs, what are you waiting for? Especially since his last album, the sixth as a leader, is beautifully successful endeavor. He is accompanied by Joris Teepe, the Dutch bassist of New York, and Victor Lewis on the drums. On four out of eleven tracks, he guests Rich Perry on tenor sax. Beautiful melodies signed by Prins, three of Wayne Shorter, one of Victor Lewis plus two standards (“Spring is here” and “I’ll be Seeing You”). His arrangements flow like a Spring river . Jeanfrançois Prins draws a perfect sound from his Es-175 Gibson guitar for this very swinging middle- jazz, this light and dancing bop, which we feel like  enjoying as a couple in love, a margarita in hand,. The album is called El Gaucho. That is the nickname often given to the guitarist, because of his look and hat. But his music is neither folkloric nor passeist. This is jazz of today that forgets nothing from its roots and transforms them with a distinguished elegance.